Show this article in:

Early Sunrise produces masses of semi double golden yellow blooms early in its first year and continues until late in the autumn. It will give a further display in succeeding years.

Early Sunrise is also the recipient of the All-America Selections award for performance in North American trials.

This bright golden yellow Coreopsis is a versatile perennial, it flowers so early in the year of sowing that its main use will be as a bedding plant. The semi double blooms, often 5cm across, have several rows of ruffled petals and a daisy eye of the same golden yellow colour. They are produced on stems 25cm or so in length. The plants are very free branching and continue to produce buds until late in the autumn. Early Sunrise has all the good qualities of Sunray, a 1980 Fleuroselect Award Winner which quickly became a widely accepted border perennial. But, in addition, Early Sunrise flowers freely in its first year. As a bedding plant, Early Sunrise provides mass displays of colour with an airiness deriving from the long stems, which sway gently in the breeze. The plants, with a height and spread of about 45cm, are sufficiently large for widespread public planting. The home gardener too will be rewarded with plenty of cutflowers for indoor decoration as well as an abundant outdoor display. And the plants continue to flourish regardless of the weather! In the perennial border, this new Coreopsis has been proven to overwinter without the need for protection. There it starts to flower again in June. Perhaps surprisingly for such a beautiful plant, Early Sunrise is not difficult to raise from seed. Commercial bedding plant growers will be able to produce flowering plants in pots some 3 months from sowing. Smaller, green plants suitable for bedding out for the summer will be ready in only 2 months. Under amateur gardeners' conditions it may take just a little longer. Alternatively, seed may be sown directly into the garden, although it will be late summer before the first blooms appear but there will be more the following year. 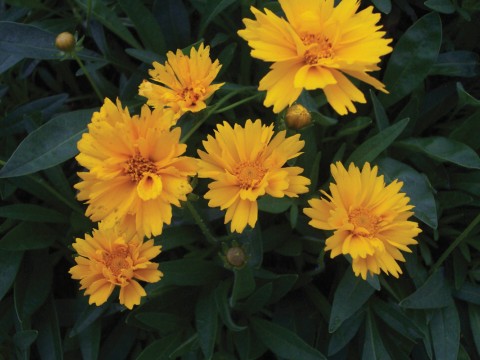 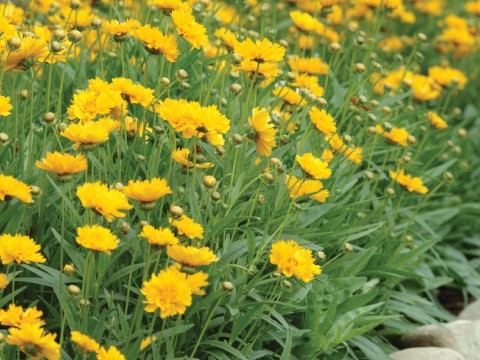 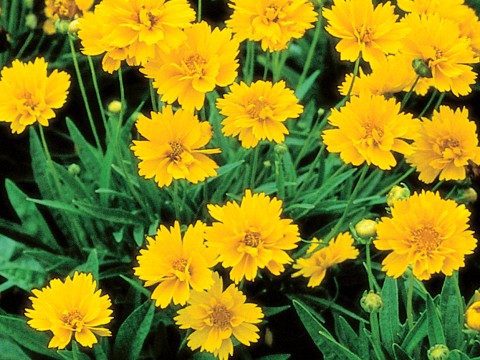